This version of Windlicht is an adaptation of the installation, which premiered in November, set up in the disused Güterbahnhof in Bremen. In this version the sound is displayed via a 9.3 multi-channel audio system. 9 loudspeakers are placed at the foot of the bars and extend the installation with a surround sound experience. The composition is redesigned to minimalist electronic sounds. Thus, it is a more  contemporary interpretation of the installation wich fits seamlessly into the industrial environment.

From microcosm into macrocosm. There seem to be essential mathematical correlations that significantly shape our aesthetic perception as well as our perception of the world itself. Windlicht contains a simple mathematical principle, which, however, when unfolded into a system, proves to be extremely complex and rich.At a first glance only the apparent patterns of the large and half rounds are recognized. With a trained eye, further cycles and patterns are discovered. The eye sinks into the flow of the installation until the grip on lasting order is released and everything appears as flowing choreography

The mathematical-temporal structure of the light pendulums forms the basic structure of the musical composition. The Hamburg composer Christopher Bender has composed music to the 9-fold polyrhythm of the light pendulums, which exactly reproduces the oscillations of the installation. In the world premiere of the installation at the ST. Johannis Hamburg, the music was played by the church organ, which can also be controlled electronically thanks to recent restoration work. For performances at other locations, the music is played by a multi-channel audio system and the composition is interpreted by contemporary electronic sound generation.

The installation consists of nine space-consuming light pendulums of different lengths, which are set into oscillation by computer-controlled servo motors. The different length of the pendulums leads to a liniar phase shift between the pendulums. In the course of the oscillating system, structures and patterns can be recognized, which immediately overcome order again. A cyclical dance between chaos and order is created. 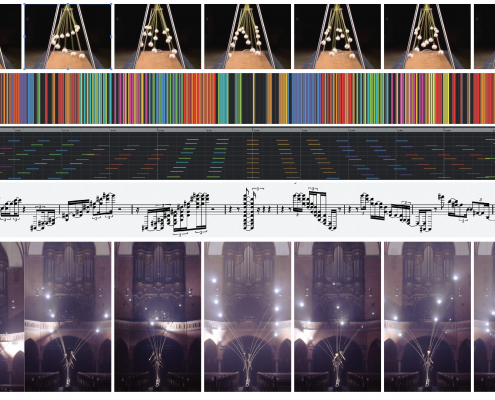 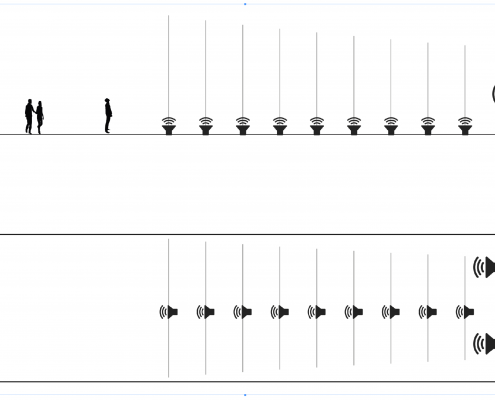 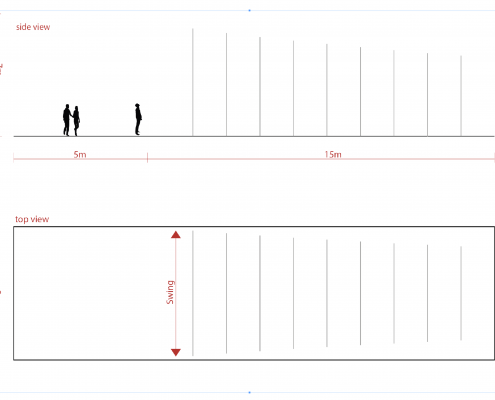 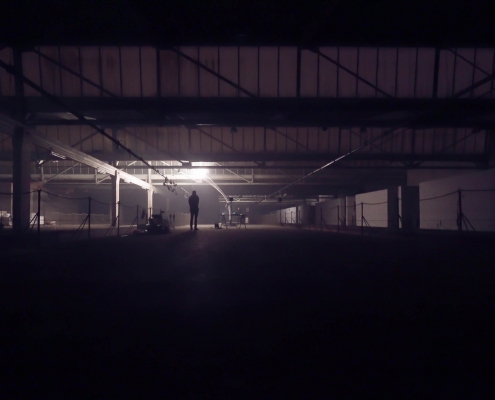 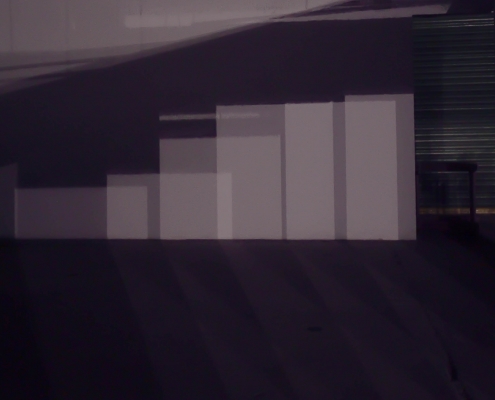 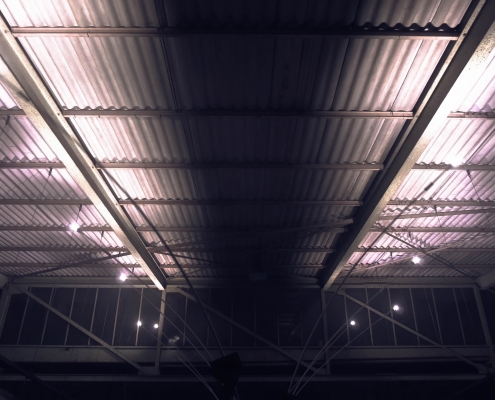 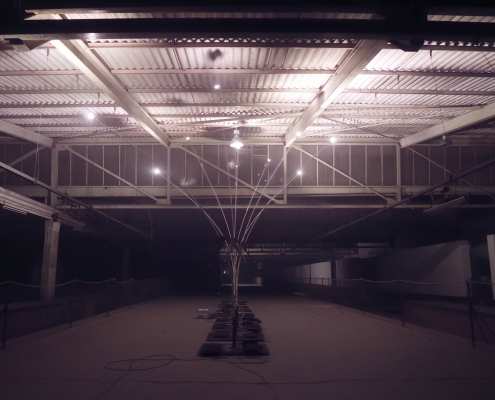 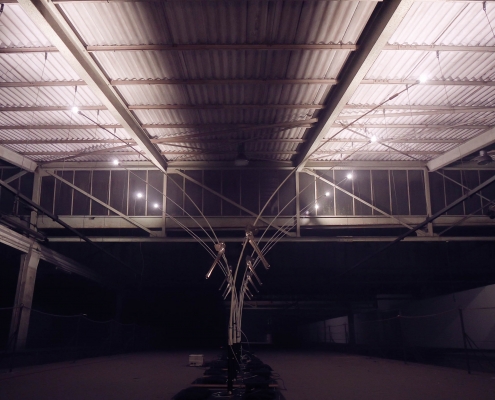 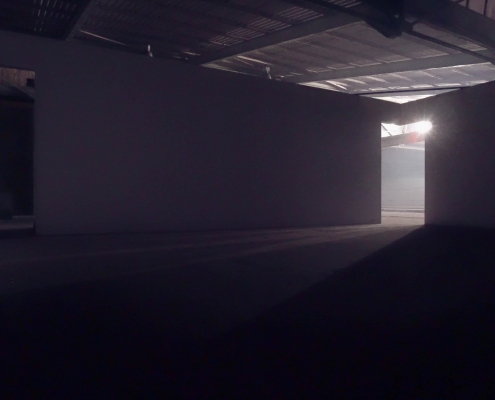 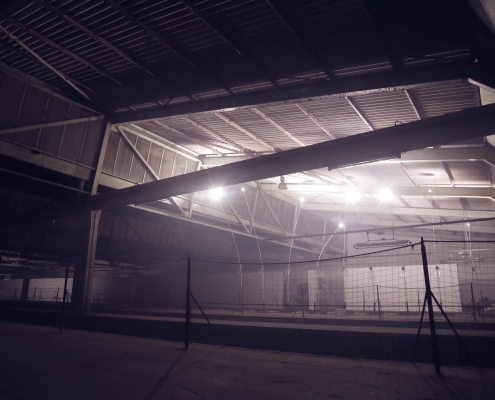 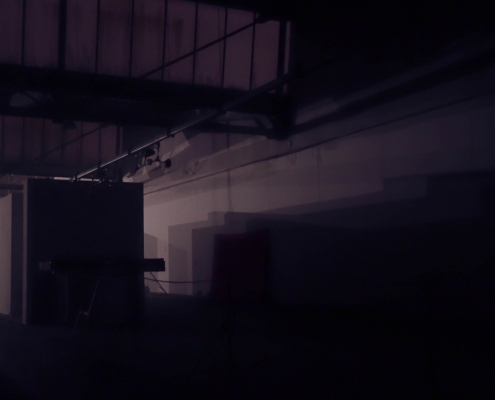 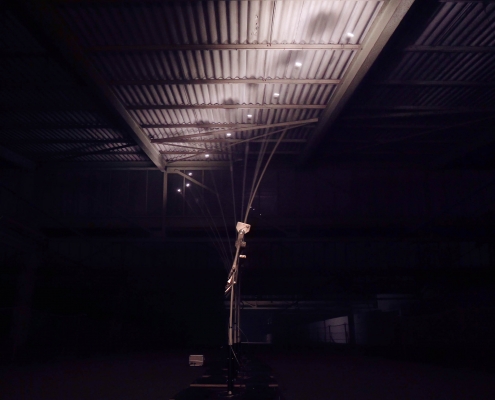 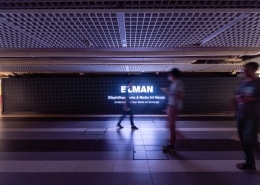 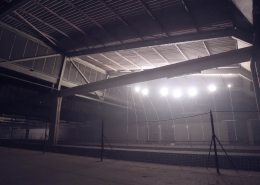 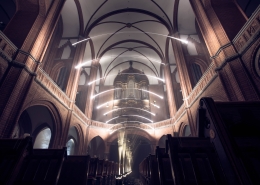 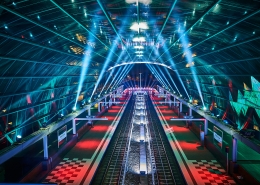